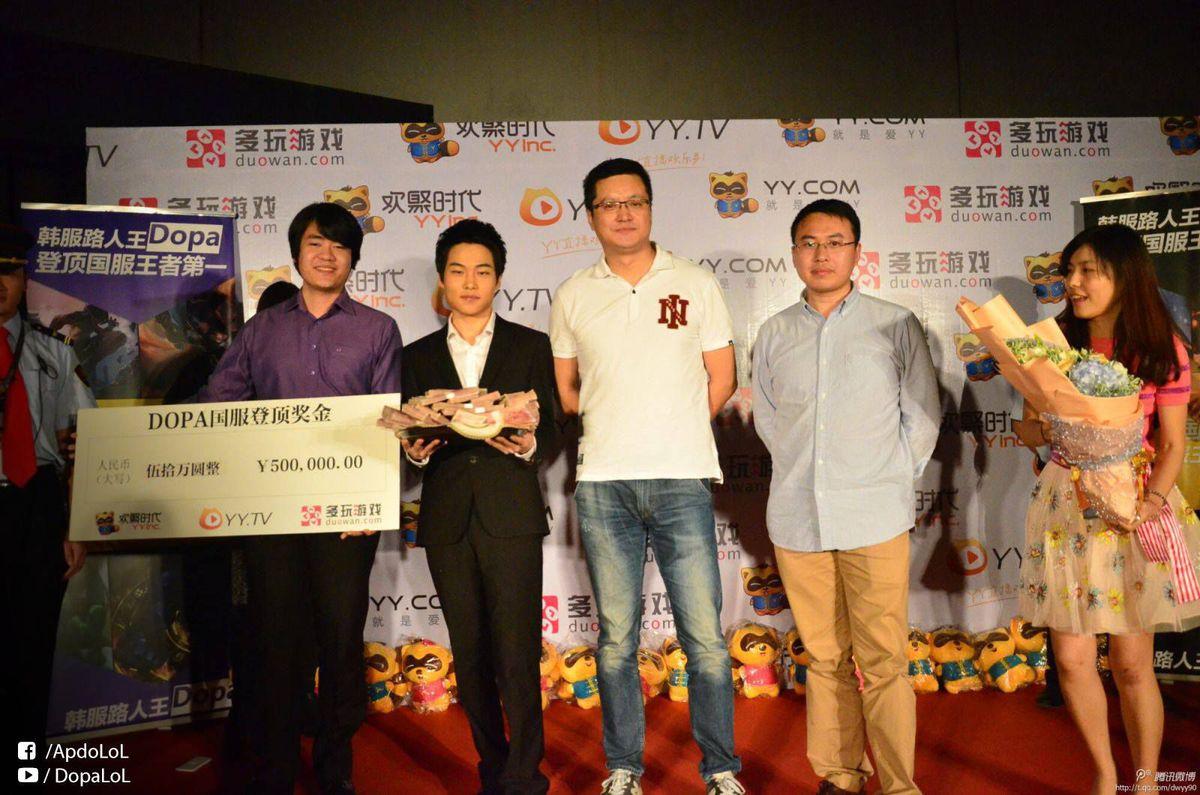 “In Korea, professional players do not have much. This is not very attractive to me, hence I did not choose to be a pro player.” -Apdo (game.china.com, 2014) Apdo. Dopa.

WHO IS APDO aka DOPA ?

Apdo is a nickname of Jeong Sang gil (정상길) Korean Challenger high elo mid laner. His nickname means in Korean “to completely overpower your opponent”. He reached rank 1 multiple times on the Korean server. On 25th of April 2018, he reached rank 1 on a special CN server (Link to youtube VOD with the game that granted him rank 1) where to register you need to have Diamond 1 or higher rank on one of the other 26 Chinese servers. He had done this tremendous deed in just 657 games and reached 1500 LP in Challenger. Apdo reached KR Challenger rank 1 numerous times a year since he started his career playing not only mid but also Top, Jungle and AD carry.

When it comes to SoloQue, Apdo aka Dopa really belongs to a league of his own. When Apdo wants to reach rank 1, he does it with ease. There is simply no way of stopping him,  many have tried, because of his popularity, people would int feed and troll his games. Still, even with all that, he always reached his goal and it usually took him about 2 weeks to reach Challenger tier from a completely fresh & new account. And he did this many times, he would simply get a new account, start climbing and EVERYONE knew it was him. His win rate, his champion pool, his play style, it was a proof that this account is played by Apdo and everyone knew what’s up.

Apdo is also known as “The Gatekeeper” in Korea. The reason for this is because Apdo used to sometimes troll or play intentionally very good against certain players. So when someone Apdo holds a grudge against comes along, he decides whether he will win or lose that game. The truth is, when it comes to SoloQ, this guy has mastered it. He can do whatever he wants because he OWNS it. We will try to uncover some of the secrets in this article.

Check the video below made by him where he explains how to climb :

Apdo is well known for his incredible intelligent play style. The main thing about this is that he doesn’t force plays, he instead patiently waits for his opponents to make mistakes and then he capitalizes on them. He is very well known for control oriented champions such as   Twisted Fate,  Orianna & Kassadin because he can have a lot of impact on the game. He believes these type of champions are the best if you play League properly and on the highest level. However, he is also known for his assassins, he is one of the best   Zed players in the world. He likes to play with calculated aggression, punishing mistakes instead of creating plays, unlike many others.

He said that he gets very angry when he loses, it tilts him so much but he instead channels that anger & rage into improving and playing even better rather than blaming circumstances for his losses. This is perhaps, one of the key factors in his success. He gets really motivated by losing and can’t forgive himself until he does it better next time. Nowadays, since he started streaming last season, he is known to simply /mute all in his team and communicate simply using pings.

He is mechanically very impressive player but claims that it’s not his specialty. Instead, he prefers champions that are not mechanically hard, but rather require very intelligent play style and calculations. He says that most of his mechanical outplays are basically predictions, he knows what opponent will do so he reacts based on that, rather than coming up with the out play in a heartbeat. It is very important to understand the way League of Legends works and every little detail about it if you are going to play like that. If you’re willing to learn more about his play style, check out this translated game from his stream: Apdo – Kassadin vs Vladimir, translated commentary.

WHY HE NEVER WENT PRO ?

In season 3 Dopa reached Challenger in Korea and began his elo boosting career (If you are not sure what elo boosting is ,click here).

Legends say that Apdo paid his entire college tuition with money from elo boosting. Apdo was very bold about his boosting career and didn’t even bother to hide his identity, he streamed while boosting. (In contrary to us, you can read how we protect your account on our elo boost home page.)

After receiving multiple bans on his accounts he was contacted by one of his female fans who was interested in a boost and seemingly hoped to parlay her time with him into some sort of romantic relationship. When Apdo declined her offer she contacted Riot Games Korea with the evidence of Dopa’s boosting practices, because of this his main account got banned for 1000 years and he was disqualified from OGN qualifiers and received ban for future competitive events.

Two years after that he said:

“In Korea, professional players do not have much. This is not very attractive to me, hence I did not choose to be a pro player.”
–Apdo (game.china.com, 2014)

Some of the sources used for this article :

How to get the Frostbrood Proto-Wyrm mount in World of Warcraft
September 15, 2022

Thresh Support Guide and Counters
May 2, 2020

Newsletter – Exclusive Discounts & NewsBy signing up you receive guides, discounts and more directly to your email address! Use the form below to get started.
Go to Top